The browser game “Formula 1” is a hobby project that was implemented by me in 2013 with the Google Earth API, PHP, mySQL and Javascript on my Google Earth website “MisterFoley’s 3D World”.

During watching the first Formula 1 race of the 2013 season, I came up with the idea to realize this racing series with the Google Earth API. At first I just needed to find the positions of the real racetracks in Google Earth. The main buildings at the formula one race tracks were mostly built in Google Earth. I created additional buildings (especially for brand new race tracks) later with Sketchup and loaded them into the game via API. To make the game more exciting I unlocked the race trackes at the real dates of the free training in the “Grand Prix” races in the Formula 1.

The high score – appearing after a successfull completing of the race course – enabled a direct comparison between other players from all over the world.

InGame Screenshots of the Game: 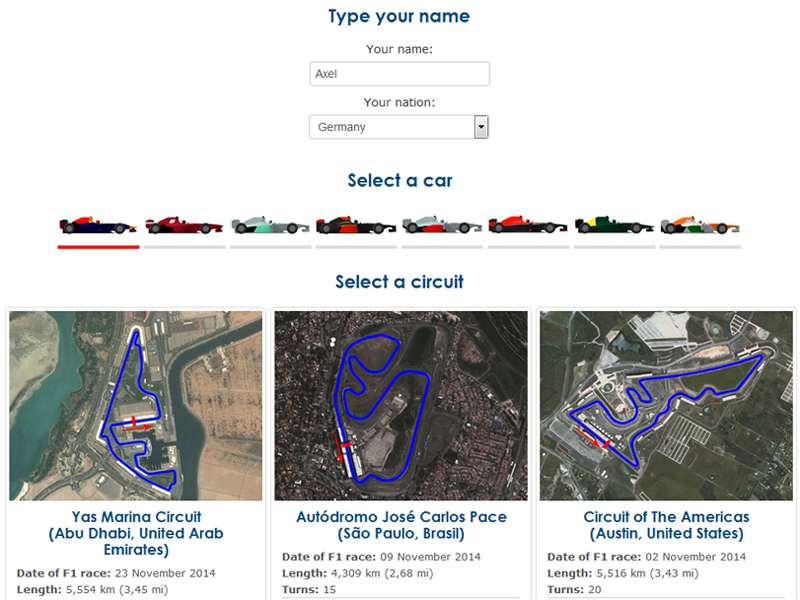