“Our Solar System – A Space Journey” is a multimedia CD that educate students about our planetary system. Great emphasis has been placed on communicating the topic in a relaxed & funny way.

Already at the start of the program, the player is captured by Aliens and became one. The first UFO stop is an (fictional) asteroid city between Jupiter and Mars. This city acts as a main menu of the application and is a starting point for the user.

In order to give the user the feeling that they are really in this virtual world, video sequences were made to the individual “information points”. The user does not have to read long texts – he finds himself in the cockpit of the (virtual) UFO. He can operate the UFO like in a space game and can set its own travel destinations to the planets.

The user can enjoy the shape of the almost touchabel planets, or can read short information texts and big-screen images about the current planet. These images have all been rendered to catch the user gaze to the essentials so that he can more quickly grasp the information presented. After the traveler returns from his journey to the planets back at the point of departure, he can perform further actions in the space city. So he has in this virtual world a smart watch (the “video watch”) on his arm, and can watch short films about the discovery of the planets, the journey of unmanned probes, the moon landing and the visit to the Russian space station “Salut 6”. Also included is a 9-minute video clip that explains the phases of the Moon during a month with a view through a amateur telescope.

If the user could not imagine the size of the planets and their distance, he can compare the celestial bodies in the “Room of the dimensions”. In this room the planets are displayed in a hologram and the ratios between these two bodies is displayed. Once he has collected enough information he can prove his newly acquired knowledge against three friends in the galactic space quiz on a neighboring asteroid. 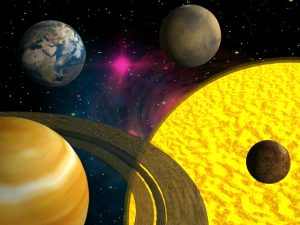 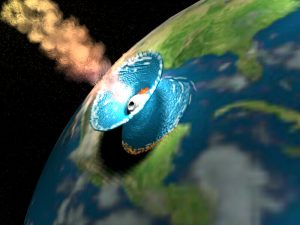 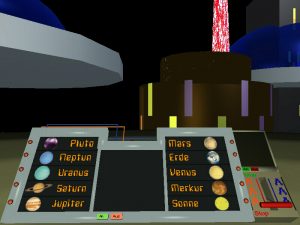 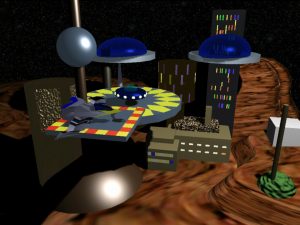 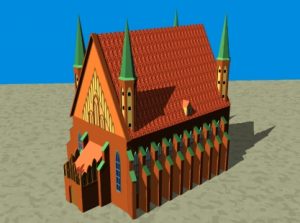 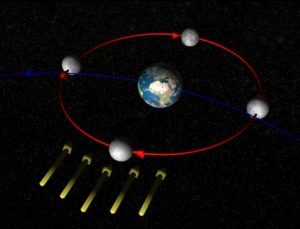 Here you can watch the trailer to the project “Unser Sonnensystem – A space Journey”: