The browser game “Snowboarding” was a hobby project similar to the browser game “Formula One”. The idea came close to the opening of the Winter Olympic Games in Sotchi in winter 2014.

The game was developed with the usage of the Google Earth API (in Javascript), PHP, mySQL and Javascript on my Google Earth website “MisterFoley’s 3D World”.

A new challenge in this project was to enable snow on every snowboarding track. The solution was to add additional overlays to convert green meadows into a winter landscape and to reload additional 3D models such as ski huts, ski lifts, i.e. to made the ski slopes more realistic and not to flat. I created these additional 3D objects in Sketchup and loaded them via API into the game.

The highscore list after successful completion of every ski track made it possible to combat with other players all over the world.

The game also found a positive response in the GoogleEarth blog: Link to Google Earth Blog 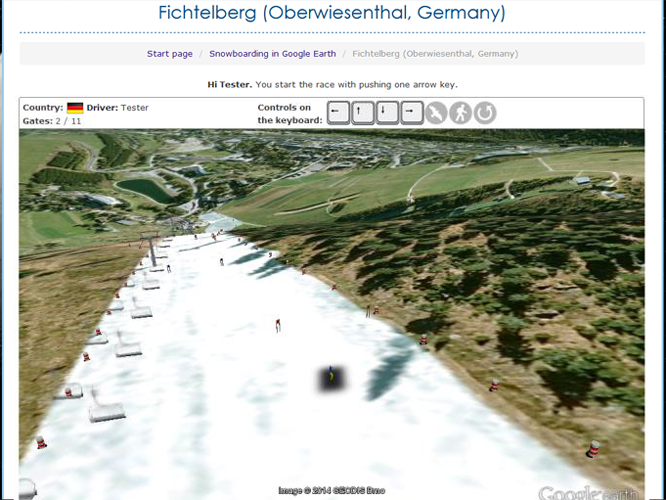 The player was able to snowboarding at the Fichtelberg in Germany with the Google Earth API. 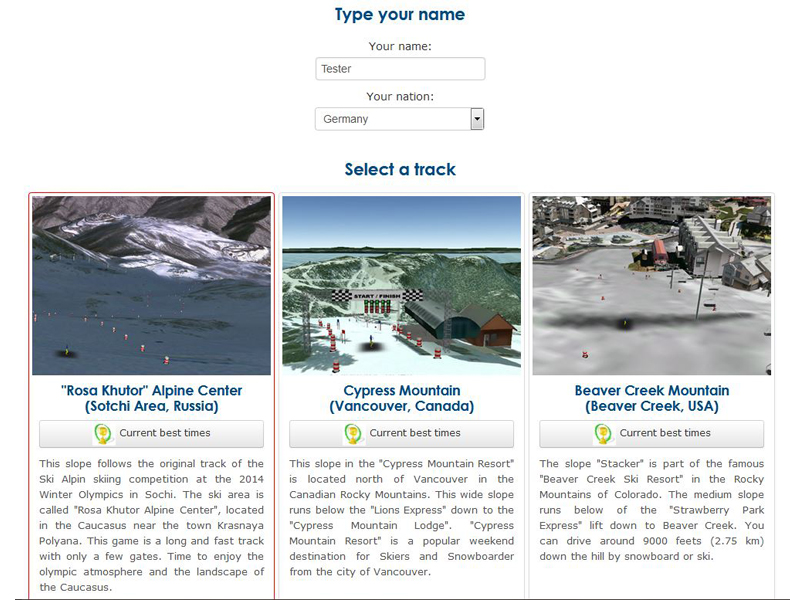 A screenshot of the start menu of the Google Earth API game “Snowboarding”. 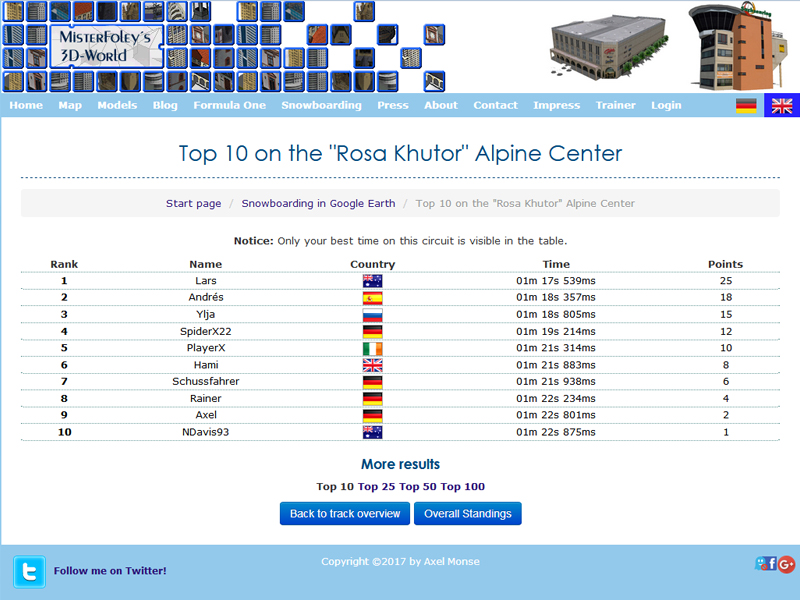 The ranking list in the “Snowboarding” game developed with the Google Earth API.