My newest mobile game is a implementation of my PC desktop game “The Mars Exploration II”. The aims of this project is to make the game accessible by recent internet browsers on desktop, smartphones and tablets.I started with the JS framework LimeJS first. I switched to the Javascript Framework PhaserJS in autumn 2016 because of the stop of the development and support of LimeJS. The first implementation was a 2D view of the game world but decided to switch to the original isometric 3D view with the original game graphics.

Screenshots of the game:

The first colonization is established in the first level of The Mars Exploration Online developed by Axel Monse. 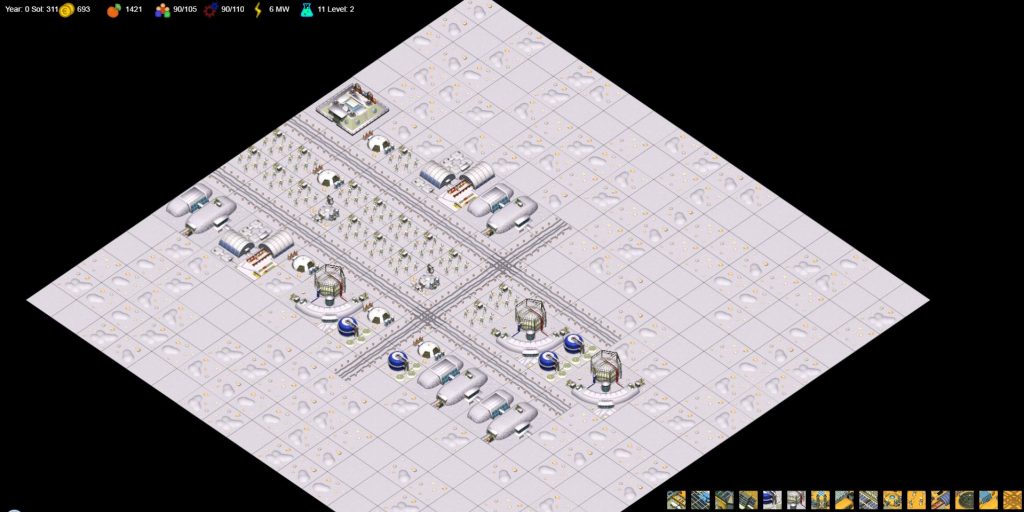 Well planned colonization at the North Pole of Mars in the game “The Mars Exploration Online” developed by Axel Monse. 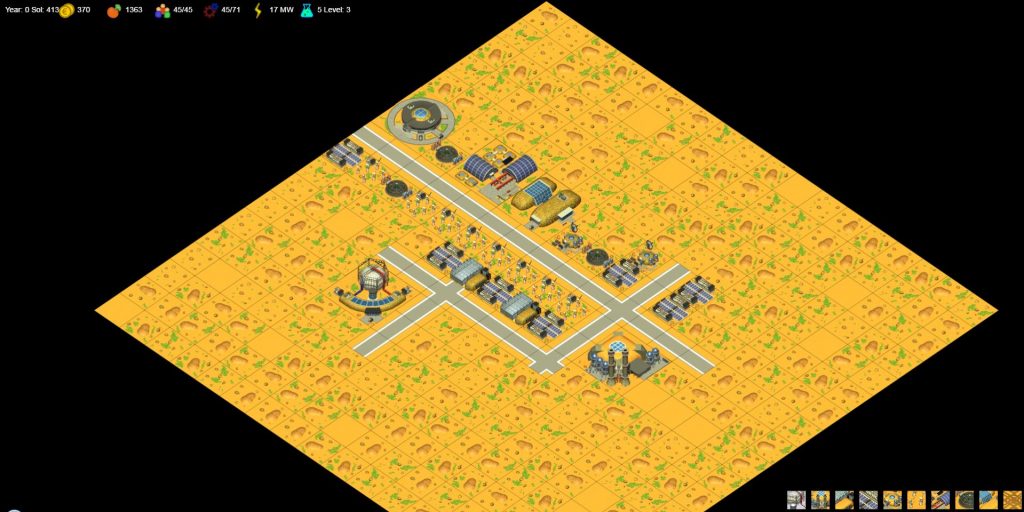 The Mars is starting to turn into a green world in the 3rd Level of the game “The Mars Exploration” developed by Axel Monse. 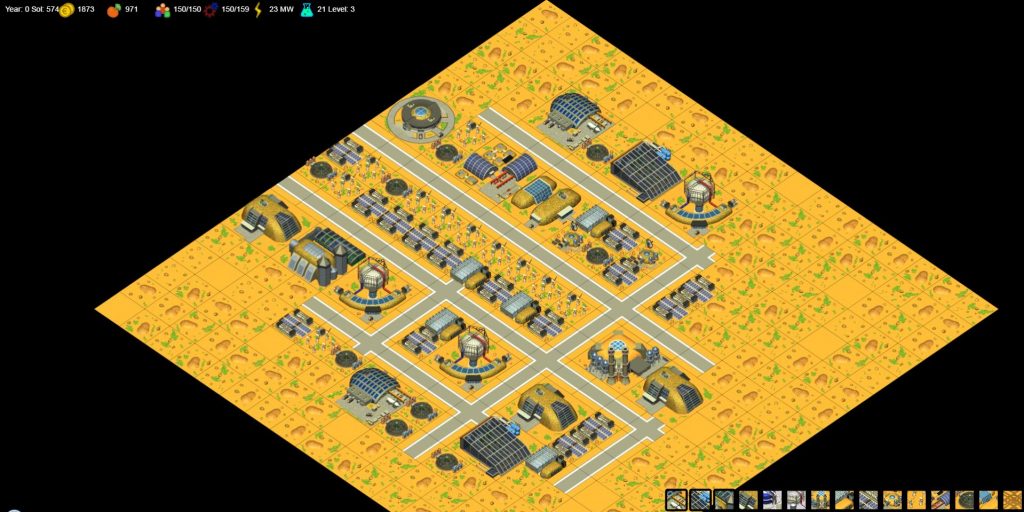 The user can built the first cities on Mars in the 3rd Level of the game “The Mars Exploration Online” developed by Axel Monse. 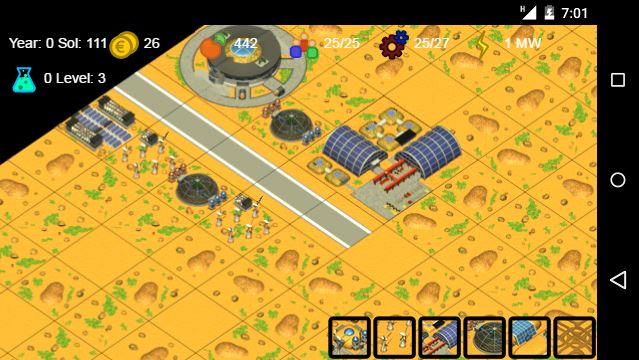 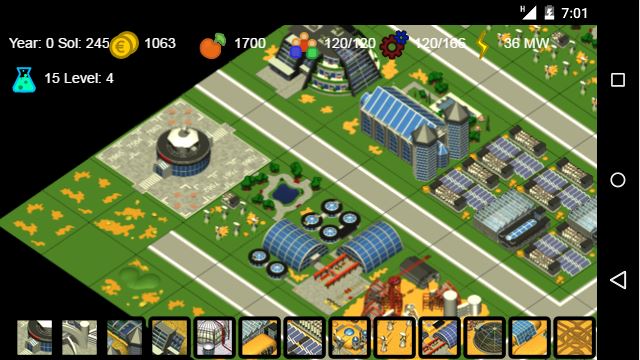